In the era of Information Technology, companies are not only using the cloud to leverage their business but also using optimal ways to use cloud technology and achieve their business goals in 2018.

We are well in 2018, and increasingly a lot of enterprises are turning their attention to the latest innovations in the cloud technology industry.  They are doing so to achieve their 2018 business objectives and goals.

Companies are today generating and storing more data and are having no sign of slowing down. The rise in the internet of things, the Big Data and analytics are all contributing to the exponential expansion of data. The surge is letting organizations expand their businesses, particularly data cloud storage.

Cloud – The Most Relevant Topic

The cloud technology took a rapid growth due to its simplicity and easy to maintain interface. More than 50% of enterprises are adopting applications, platforms, and services enabled by the cloud.

Now let’s move on to the list of New and Growing Cloud Storage Companies of 2018. In the end, you will understand the trends of the cloud storage technology.

The ClearSky Data is one of the new startup Cloud Storage Companies founded in 2014 for Hybrid Cloud Storage solutions. The company has current funding of 39 million dollars. The headquarters of the company is in Boston, MA.

Ellen Rubin is the CEO of the company and was earlier the co-founder of CloudSwitch. CloudSwitch is a cloud software company by Verizon.

ClearSky Data provides primary cloud storage solution along with offsite backup. The service features consumption pricing so that customers will pay only for what they use.

Actifio, Nimble, NetApp, Dell EMC are the competitors of the ClearSky Data. Partners healthcare, The Board Institute, and Special Olympics are some of the customers of the company.

The reason why ClearSky Data is growing it set a target market of 25 Billion Dollars with 39 million dollars funding. It is in an excellent position to take a significant portion of the cloud storage industry. The startup’s leadership played roles in the sale of Verizon and Dell.

Just like the ClearSky Data, this 2013 startup is also a Hybrid Cloud Software and storage company. It got total funding of 15.7 million dollars.

Naj Husain, previously co-founder and CEO of AppAssure Software is now the CEO of Cloudistics. The platform is available for companies seeking easy use, cost benefits and flexibility of the cloud.

The Cloudistics platform binds separate storage silos into one virtualized system that can be controlled centrally.

The customers can create their templates or rely on pre-configured templates for point-and-click deployments. Thus it will remove the need for highly specialized resources and public cloud architects.

OpenStack, Microsoft Azure, AWS are its main competitors. Royal Bank of Canada, MicroStrategy and Integreon are its primary customers.

Cloudistics seem to stay in the cloud better than in the storage category. Moreover, with banking and medical customers, Cloudistics can win against its incumbents.

Founded in 2013, another of the startup Cloud Storage Companies, Cohesity funds at 160 million dollars. The company headquarters is in San Jose, CA. Mohit Aron is The CEO of the company and was also the co-founder of Nutanix.

Cohesity serves as the Hyper converged secondary storage solution for its customers. Enterprises struggle to keep up with their tasks as the volume and variety of data is growing exponentially. 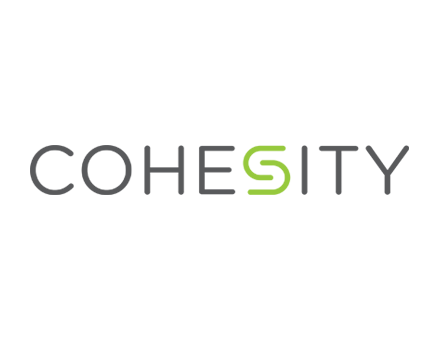 To resolve the problem, separate storage ideas were used, but the approach did not get fruitful. Here Cohesity platform transforms complex structures and removes secondary storage silos.

The platform combines all available storages onto one hyper-converged centralized platform.

Dell EMC, Veritas are some of the competitors whereas AutoNation and The University of California are its primary customers. Cohesity, in the online voting challenge, is among the top 5 VC funding companies at 160 million dollars.

Also founded in 2013, Datera is a software-based cloud storage solution. Their headquarters are in Santa Clara, CA and has funding of 40 million dollars.

Marc Fleischmann having previous roles of SVP, GM at Pixelworls, is the CEO of Datera company.

As new applications and data continue to create, the complexity of the storage solutions prevents the business from achieving their goals.

To solve the issue, Datera came up with a storage solution based on software specially designed to help modern hybrid IT environments.

By using artificial intelligence, the Datera platform reshapes itself according to the enterprises’ performance, needs, and cost.

The competitors of Datera are Ceph, HPE, Dell EMC and a few others. Packet, Steadfast, and Vendavo are the essential customers of Datera.

Datera has a great future as it has a strong leadership team with a good VC backing. The track record of the company proves that they know how to run a startup successfully.

Datrium is an open converge system for hybrid clouds. The 2012 startup funds at 110 million dollars headquartered in Sunnyvale, CA.

Datrium provides the platform for VMware and Linux based hosts. Users receive data nodes for retention and protection. Addition features of the platform include VM data backup and cloud management.

According to sources, NetApp, HPE, Dell EMC are the competitors of Datrium, and its customers include Neovera, Siemens, and the University of Maryland.

Datrium is backing a 110 million funding, has an open war with its competitors. Additionally, the startup has a good list of customers from different market sectors. Not to forget that, Datrium also did well in online voting round.

So these were the best five cloud companies of 2018. Hope that you now know that which Cloud Storage Companies will provide you the best cloud service at reasonable rates.